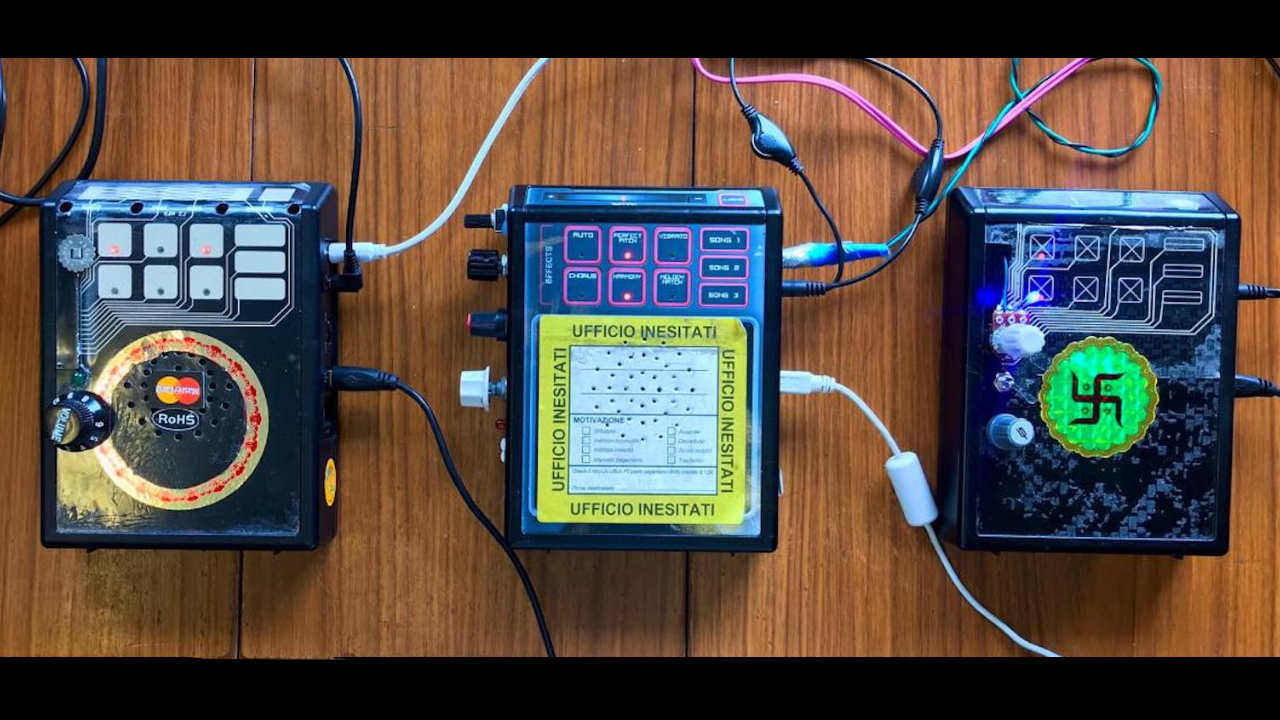 London, UK
In this video I am playing three modified PaperJamzPro devices, originally marketed as kids toys, that are interconnected allowing me to build and sculpt continuous feedback loops. I am playing them in real-time feeding the audio signals to a mixer which allows further control.

The devices have been circuit-bent to add a self-oscillation functionality via a custom potentiometer attached to the exterior which affects the depth of the drone.

The tabla loops were taken from a sample library and edited for compatability.

The hacks are based on a moification by Tasos Stamou.
Frequently Asked Questions
What inspired you to do this?

I've been exploring the modified PaperJamzPro toys for a while, looking for ways to improve upon the existing modifications. I found some tabla samples which made me think about how they would work being incorporated into the drones being created by the PaperJamzPro devices.

I've been experimenting in ways like this for years!

The PaperJamzPro devices, being toys, are very cheap and affordable. They are easily found online or in thrift stores. This eases the worry if a hack or modification goes wrong.

Yes, I enjoy modifiying all sorts of electronic gear. In the past I've hacked CD players, Walkmans, synthesisers and more.

I have sold one of these PaperJamzPro with the modifications before, and can do more upon request. Please get in touch. 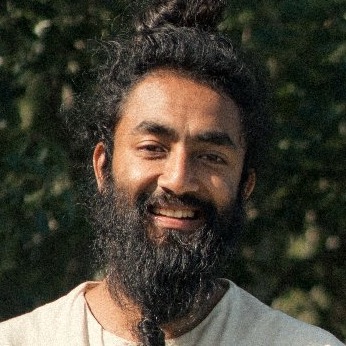 London, UK
As a sound artist, my interests stretch from field recording to improvisatory performance to feedback systems. My focus is building autonomous musical systems out of electronic (audio) devices.

I'm interested in how different machines adopt 'artificial intelligence', whether gained or learned via experiments. Hacking signals like MIDI and Control Voltage, I manipulate the behavior of instruments beyond their perceived capability to generate interesting new expressions.

Musical phenomena like this intrigues me because of their unpredictable and exciting aleotoric or chance-based nature. My position from traditional 'song writer' has shifted somewhat to more of a 'Designer' or 'Facilitator' of iterative systems and environments which allow for interesting musical outcomes that aren't always the same.

Recent album with US clarinettist Lars Rynning: https://bloxhamtapes.bandcamp.com/album/magnetism
Connect with Suren Seneviratne
How I can help you:
Sound design
Remixing
Music Production
Product Demos
Mixing
Preset Design
How you can help me:
Support me here: