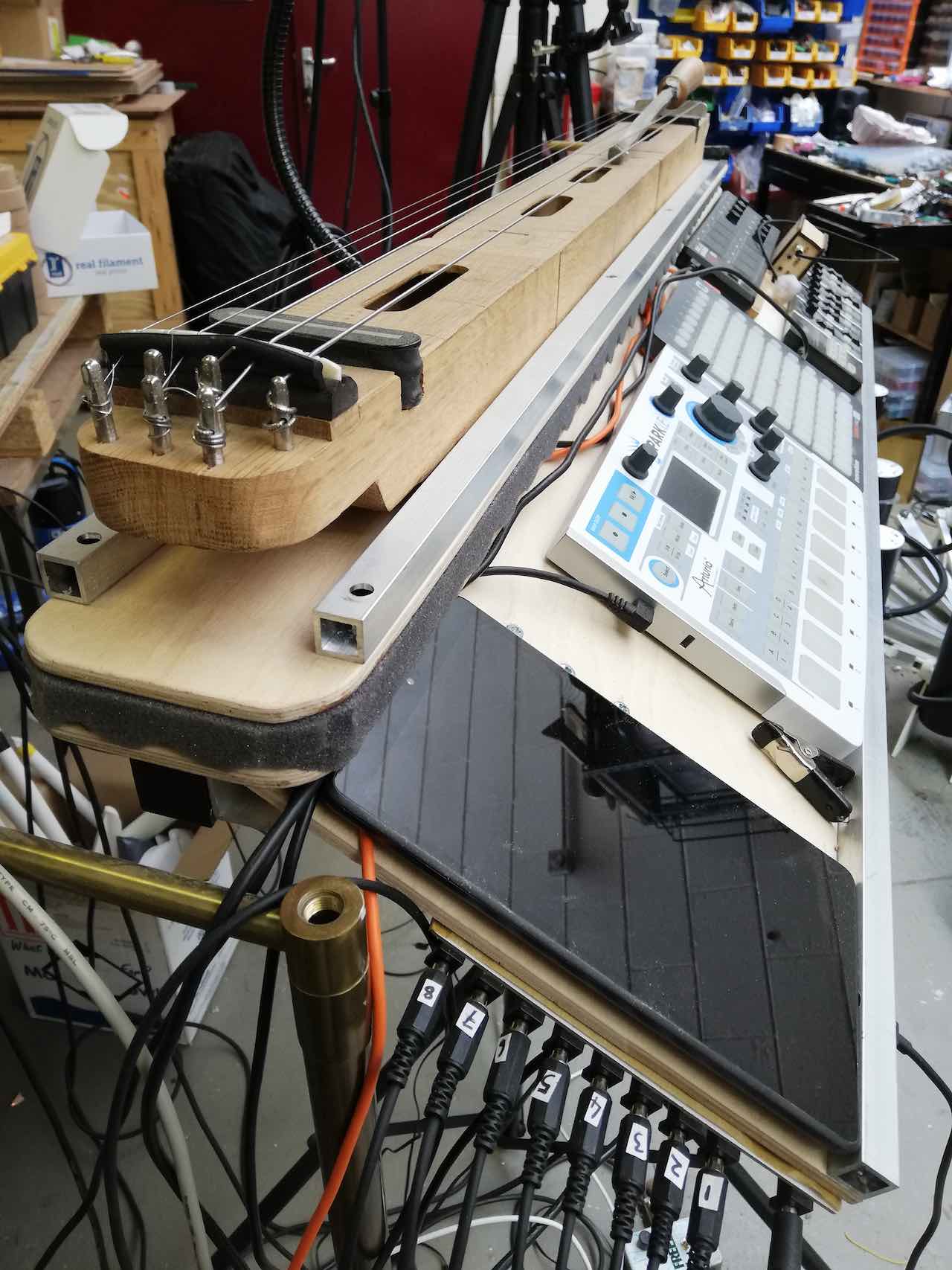 Donegal, Republic of Ireland
I've been making and performing electronic music for 20 years, but recently reconfigured the way I do this to put a stringed instrument I've developed called the Wither Zither front and centre before the increasingly uninspiring computer interfaces of mouse, keyboard and screen.

The system is built around a tiny NUC PC running Ableton Live, monitored through a small Android tablet, but for the most part controlled via custom MIDI devices made with Teensy microcontrollers. Included in the custom devices are a MIDI controlled set of 8 solenoids, and a set of 8 tactile surface transducer speakers used to elicit resonances and rhythms from a variety of objects and acoustic instruments in my studio, which is a place dedicated to the fabrication of such things.

In recent years my creative work has taken me away from my first love of making music directly, and this live set up aims to enable me to quickly make music the way I'm familiar with, making heavy use of sample manipulation, feedback processes and live looping. The live set up is independent of my main work computer set up, which brings with it all too real associations with things I should be doing other than music! The set up builds on circuits and code I've developed over a number of years, and the Wither Zither is an instrument that I built with hand tools from a plank of oak ten years ago. My plan is to replace most of the commercially available components of the system with ones of my own making, in order to have absolute control over the process of making live electronic music.
Ed Devane : Sound artist and instrument designer 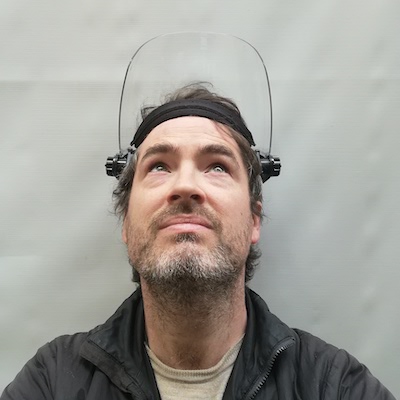 Donegal, Republic of Ireland
My background and training is in electronic music production, which in recent years has veered away from music into interactive sound installations, custom instrument design and difficult to categorise work relating to collaborative sound making.

I'm an experimenter first and foremost, and a serial skills acquirer. I've been making music for over 20 years, and making things to make music with for 15 years.
Connect with Ed Devane
How I can help you:
I design and build a small selection of contact mics, coils and preamps via http://www.soniphorm.com which I've sold to sound designers, performers and field recordists around the world. I can also deliver custom instruments, workshops (via Zoom or in person, pandemic permitting)and interactive sound installations
How you can help me:
Follow me on Instagram, tune in to the occasional live streams I do there if you see them pop up.
Become a member to post comments or questions to this maker.
The information and media presented for this project was provided by its creator. The maker owns and has copyright on all materials submitted. The maker retains all intellectual property rights, including copyright, patents, and registered designs.
The Maker Music Festival © 2018 -2021 • All Rights Reserved