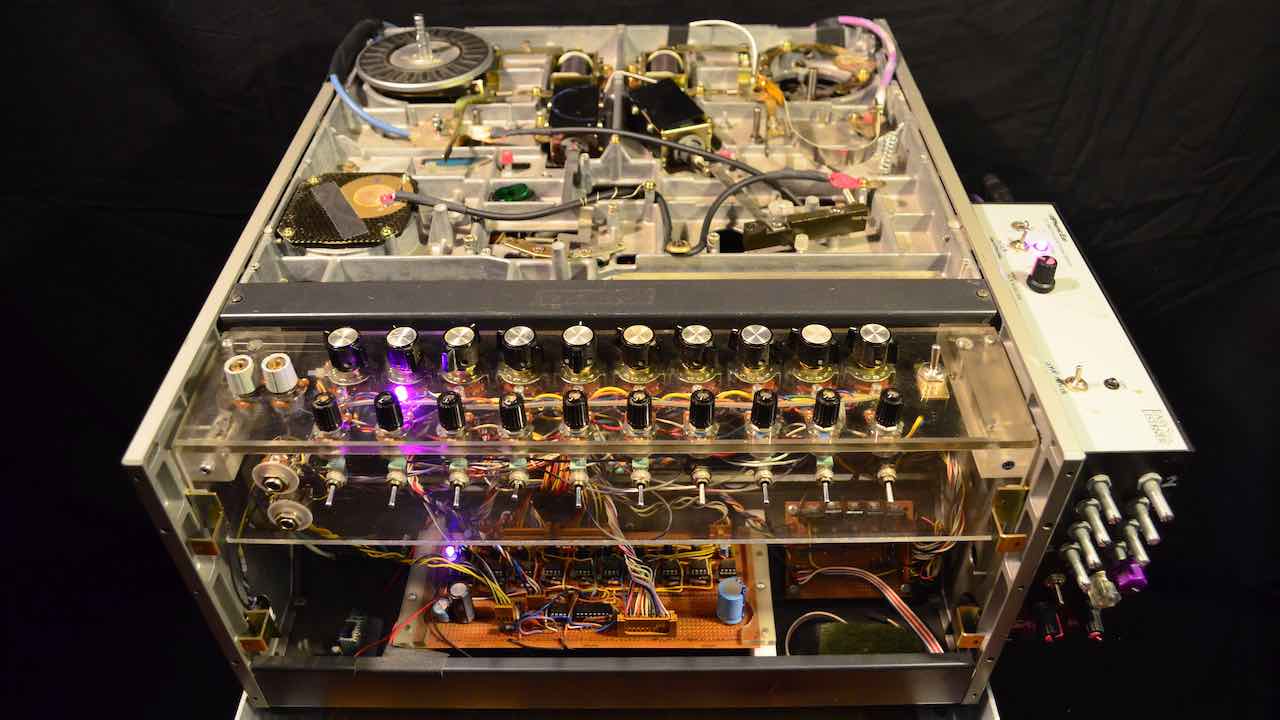 YEMRS (Yasmin Electro Mechanical Sequencer) is mechanical rhythm sequencer built from the chassis of a discarded Otari MX55 professional reel-to-reel tape recorder. A simple analog electronic circuit generates rhythmic sequences that activate four solenoids that previously worked as tape lifting, tape pinching and reel brake mechanisms. The action of the solenoids is amplified by a bevy of contact microphones attached to the surface of the device. A homemade mixer allows the user to bring out various sonic aspects of the physical movements. The output can be routed through external effects for additional processing.

YEMRS began as a machine intended to allow a friend to play intuitively with rhythms. It's based on a simple 4017 decade counter circuit that that I first encountered above the sales counter at Al Lasher's Electronics (RIP) in Berkeley. I built the circuit on perf board and used the original wiring from the tape machine to make all the connections to the control switches and pots. There were so many connections to make, the project became a way for me to work quietly and stay out of my students' way. When they needed help I was happy to put aside the repetitive and tedious wiring to answer their questions. It took several months to do all the wiring, a few hours a week in the back of my Studio Maintenance classes.


Side story Once it was finished I didn't fully realize how much fun YEMRS could be until I watched Daniel Yasmin (percussionist extraordinaire) have a ton of fun with it, so I named it after him.

The reel-to-reel machine was a discard, no longer worth repairing for use in a recording studio, but it's such a cool machine I couldn't bear to see it go. In particular there were these 4 big solenoids that were used to brake the spinning reels, and lift and pinch the magnetic tape. Around the same time a friend and I were talking about rhythm and the idea of a machine that would allow people to experiment with rhythms without having to learn to play them. It didn't take much to come up with the idea of using the 4 solenoids as sound devices for this conceptual rhythm machine.
So this is a drum machine?
Yes, this is a drum machine... although there a a few unique features. One aspect that sets this "drum machine" apart from others is that you can easily play in cycles of 5 or 7 or 9 or 10, rhythmic cycles which don't typically show up on consumer drum machines (and that most people aren't typically familiar with or comfortable playing). Also, the solenoids make one sound when activated and another sound when released, and the controls allow the user to delay the release so you can get some really weird and unpredictable rhythms. And, since the entire surface is amplified, you can play along with the machine rhythms by tapping on the surface: there are lots of interesting sounds in the mechanisms (springs, spring ribbons, metal plates and bars, etc). You can also manipulate in real-time the sounds that the machine makes.
How long did it take to make it?

A few months, working a few hours a week in the back of my Studio Maintenance classes.

About 20 years. I started building my own instruments, sound sculptures, and audio electronics during my graduate studies at Mills College (2000-2002).

Practically nothing! Some of the impetus for this project was to use up parts that I had collected. What else do you do with a box of 5 position rotary switches?
I was able to use some of the electronics from the original tape deck and much of the original wiring and connectors to complete this project, it was a fun exercise in repurposing vintage electronics, giving a second musical life to an awesome old piece of audio recording equipment!
Have you done other things like this?

Yes, one of my first big projects was a kinetic sculpture that used solnoids to strike resonant (and amplified) metal - it ran on a BASIC Stamp! I also made a prepared player piano pinball machine that used solenoids and motors to play itself.

Craigslist! Keep an eye out for free or cheap items, take a drive to a place you'd never visit otherwise, meet someone new, and come home with a souvenier of your adventure 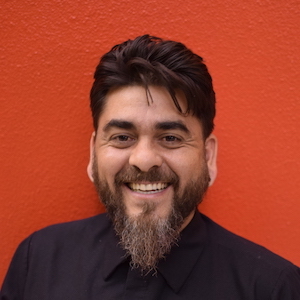 
Connect with Sudhu Tewari
How I can help you:
I get great satisfaction from helping other to realize their ideas. I build electronic and acoustic instruments, sculptures of various sorts: kinetic, interactive, mechanical, sound producing, you name it, I can build it.
If you like this project, please make a small donation to the artist.