"Volatile" An amplified instrument that blasts fireballs out of each end while being played. 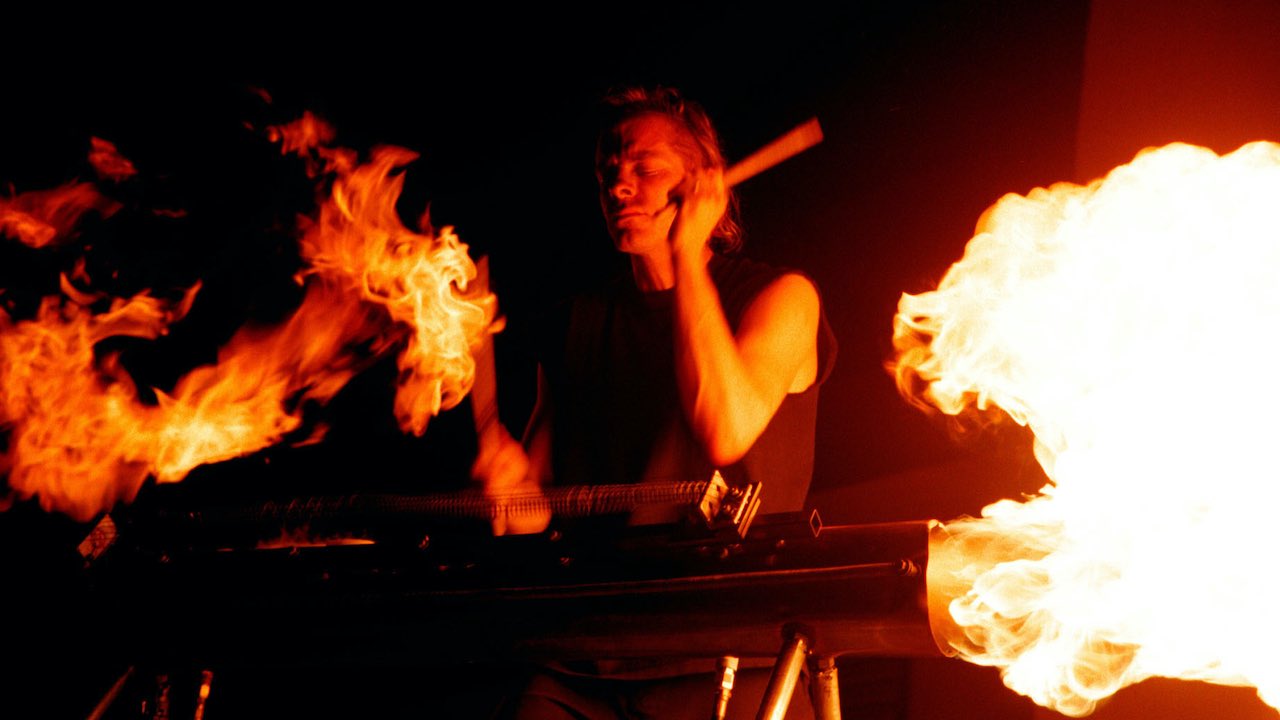 "Volatile", An amplified instrument; 6 inches in diameter, 4 feet long, built from a titanium tube; blasts fireballs out of each end while being played. The tube has two propane feeds. One is a pilot/drone source, the other, controlled by a foot pedal, determines the amount of flame projected outside of the instrument. The tube has 4 amplified springs and five piano wires. The instrument is bowed, drummed upon, and resonated with Carbon-ice, in a duet between the sonic output from the extremes of physicality, cold and heat, and the audio/visual of the amorphous cloud of flame surrounding the performer in direct elemental contact.

Created in 1998 and performed both solo and with F-Space throughout Europe, Japan and The United States. 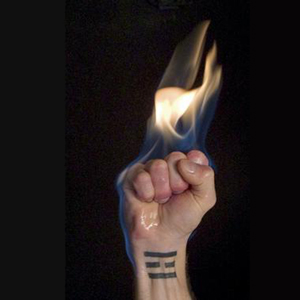 Scot Jenerik is a multidisciplinary artist/instrumentalist, instrument builder, composer and sound engineer. He has performed, lectured and distributed works extensively in the United States, Europe and Japan for over 30 years. He is co-owner of Mobilization Records, has an MFA from the San Francisco Art Institute, founded 23five Incorporated (the first non-profit arts organization in the US dedicated specifically to the development and increased awareness of sound works in the public arena) and co-hosted the No Other Radio Network on KPFA.

Mr. Jenerik's explosive performances, incorporating hand built instruments of metal and fire, are infamous both around his home of San Francisco/Portland and throughout the world. Combining elements of Kodo drumming, drone and noise, Jenerik transfers the intensity of physical performance into a throbbing soundscape of rhythms, drones and direct elemental contact.

Mr. Jenerik’s recent recorded work has been the abstract, non-representational dark ambient project AUME (with Chrome and ex F-Space drummer Aleph Omega). All releases have a hand sculpted physical container which is integral to the work. An example of this is his solo release of an album made from cement that is playable on a turntable and is housed in a handcrafted hardwood box. In addition, his experimental short films have been shown in film festivals internationally. As of October 2019, he has rebooted F-Space (with Ethan Port of Savage Republic)