Living beings, in particular the plants, contain circulating water that produces an electrical activity. The electric current can be transcoded in music notes. The melody that is obtained seems to contain proteodies. 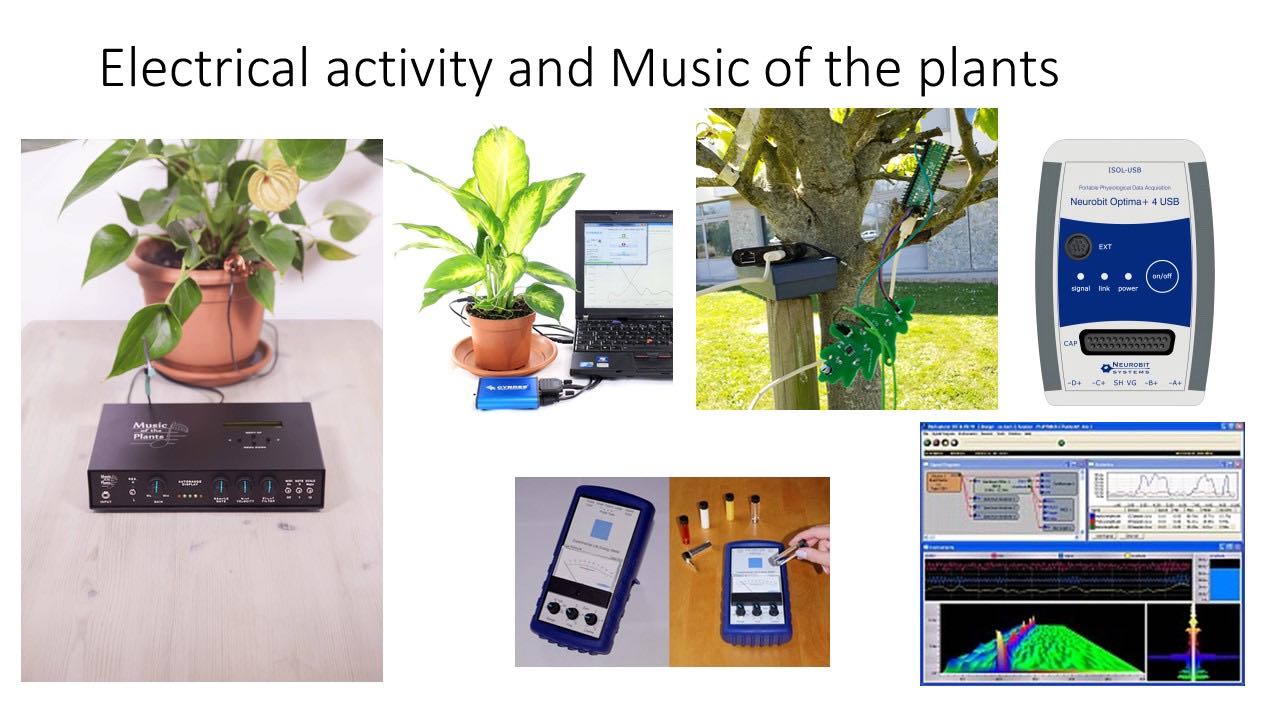 Several types of devices are currently marketed to obtain the music of plants from the measurement of their electrical activity [1]. They are sometimes referred to as just fun gadgets, yet there is a very serious scientific basis for this technology. Moreover, extensions in the fields of plant, animal and human health are currently being intensively researched.
It all started in the United States in the 1960s with the experiments of Cleve Backster (inventor of the modern lie detector based on capacitance measurements) who found that plants could react to various stimuli [2]. Scientists then became interested in the issue and confirmed that plants can communicate by different means including electromagnetic waves. Very recent publications show that there could even be a real language with words [3] and today some researchers do not hesitate to speak of plant intelligence [4], [5], [6].
But then what is the link with plant music? It was Joel Sternheimer, a theoretical physicist who in 1983 filed a patent for "the piano of particles" and who understood that it was possible to associate a frequency with the molar mass of a molecule by performing calculations based on the laws of quantum theory [7]. Amino acids can thus be converted into sound frequencies according to their molecular weight and proteins constituted by an assembly of amino acids can thus be transformed into a sequence of musical notes called proteody.
Our work in the laboratory aims to show that music recorded from plants contains sequences of repetitive notes that could be related to proteodies. Now, studies carried out in particular by our partner Jean Thoby (plantarium of Gaujacq) have shown the beneficial effects of plant music on plant cultures or on the health of patients with AMD or psychiatric disorders (signing in 2015 of an EMR by the doctors of the Brétéché clinic in Nantes) [8]. Would plants therefore be able to play the music of the proteins we need to heal ourselves?
On the other hand, we have extended the scope of our investigations to water and we have shown that there are variations in electrochemical impedance linked to the information contained in water [9]. Moreover, we have succeeded in producing the music of water and we believe that it will soon be possible not only to inform water by certain frequencies [10] but also to restore this information in musical form. For example, seawater is known for its many benefits due to its rich and ideally balanced mineral composition. Seaweed, a real concentrate of sea water, also has great regenerative properties. So why not imagine being able to take a sea bath one day by immersing yourself in the music of the seaweed for "thalassonotherapy" sessions? 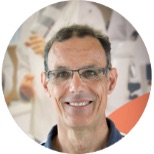 My research concerns the role of water in life : how to inform water by sound frequencies and how to restitute this information by music.
Water contains some information that can be highlighted by electrochemical impedance spectrometry. The electrical signal can be registered and transcoded in music notes.
All the living beings contain circulating water and then can produce electricity. In particular, it seems to be possible to obtain with the plants specific melodies called proteodies. Proteodies were discovered in the 70s by Joël Sternheimer and they are supposed to inhibate or activate protein synthesis resulting in an effect on the human health.


Connect with Laurent
How I can help you:
I have a lot of laboratory equipments for the measurement of the electrical activity of plants and transcoding in MIDI music files
How you can help me:
- Computer Assisted Music applied to the music of plants
- Musicotherapy
- Innovative Research collaboration in the field phytoneurophysiology