is a multidisciplinary project comprised of ceramists, musicians, and luthiers, which focuses on the research and training on the construction of pottery musical instruments, as well as their collective performance. SUENA BARRO is as well itself an ensemble that combines aerophones, idiophones, membranophones and chordophones, constructed from clay. SUENA BARRO is currently developing studies about guitars, charangos, drums, udus, harps, saxophones , among others. Additionally, the team conducts lectures, workshops, and concerts in different parts of the country and around the world 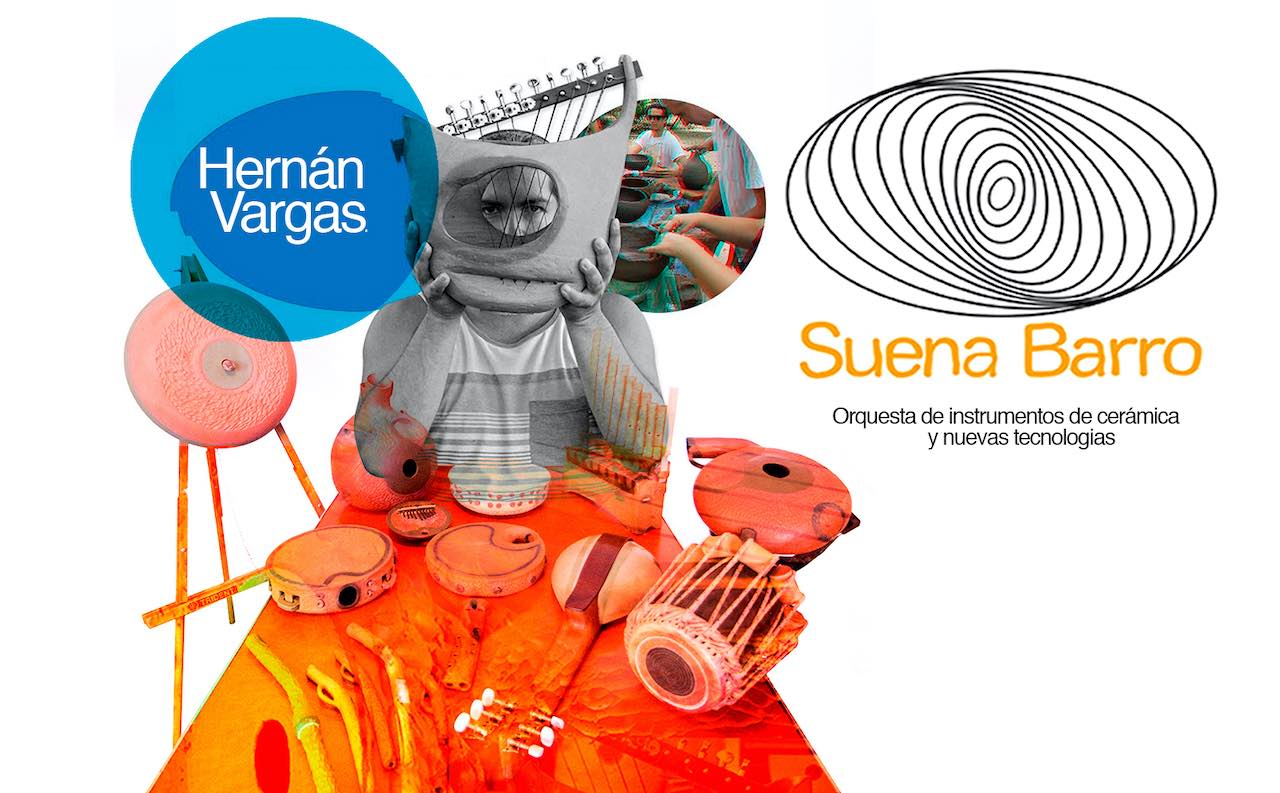 SUENA BARRO arises from the experience of BARROMADRE , initiated in 2003 by Hernán Vargas, ceramist and musician from La Plata. BARROMADRE is a project on training, making and commercialization of pottery- musical instruments. It began 15 years ago with the sound experimentation of Udus, a liturgical musical instrument form the African culture retrieved in the Western world and transformed into a hybrid. Nevertheless, it is a musical instrument with limited outreach usually performed in the background of a percussion set. BARROMADRE has held clinics and workshops disseminating the technical and musical development in almost every Argentinian province as well as different countries such as Chile, Brazil, Colombia, Dominican Republic, Mexico, Uruguay, Bolivia, Guadeloupe, Spain, France, Belgium, Tunisia.
SUENA BARRO covers 3 areas: research, education and artistic creation.
On the one hand, to carry out our work, it s key to undertake investigations on acoustics which stem from this material (clay), since it enables us to make in an optimal way, a wide range of aerophones, idiophones, membranophones and chordophones.
On the other hand, the exchange of knowledge with the beneficiary communities takes part in first place, through workshops on building pottery musical instruments and on training in the individual and group performance of them. The participants of each workshop might be the same or could vary from one to the other depending on their interests and possibilities.
We also favor the exchange between the members of SUENA BARRO Ensemble and local musicians, ceramists and luthiers by means of workshops and concerts. The learning is conceived at a collective and community level and facilitated by reciprocity and horizontal relationships between the instructors and the participants.
In order to involve a wide social and of all ages spectrum, we set a dialogue with formal educational institutions as well as small social clubs from the neighborhoods, promoting centers, cultural centers, community kitchens and other organizations; responding in this way to the need of decentralizing and demystifying the concept of art.
The long term goal of the project is to shape a network of autonomous ensembles which have the collective ability to create, experiment and perform a repertoire which depicts their community identity. We know that after the joint experience of creating an ensemble, it will remain the thrill and the bondage between trades such as ceramics and music, both essential for the personal and collective development in any community. 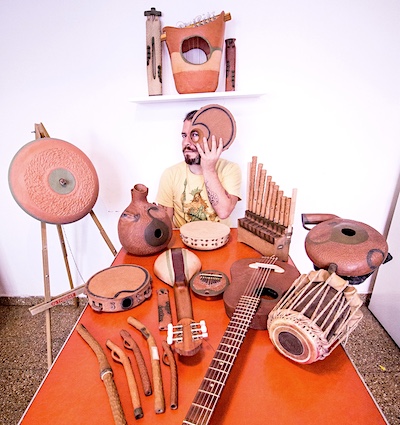 I dedicate to the creation and experimentation with clay instruments and sound sculptures, all my compositions are based on what the sound of clay suggests, my project Suena barro, it is about the creation of orchestras of instruments made of ceramics in different parts of the world.


Connect with Hernan Vargas
How I can help you:
Workshops on the making of ceramic musical instruments: sound acultures, membranophones, chordophones, idiophones and aerophones.
Workshops on ceramic musical instruments performance. Lectures and concerts .
How you can help me:
It is important for this project to spread the possibilities of clay and that all the people who come closer can see that it is possible to create their own instruments! instagram / facebook and youtube on the main communication channels that I have for this project