Taking pre-existing records, cutting them up, mixing and reassembling the pieces, forming a silicone mold around the new frankenrecord, and then pouring resin into the mold along with embedded objects. 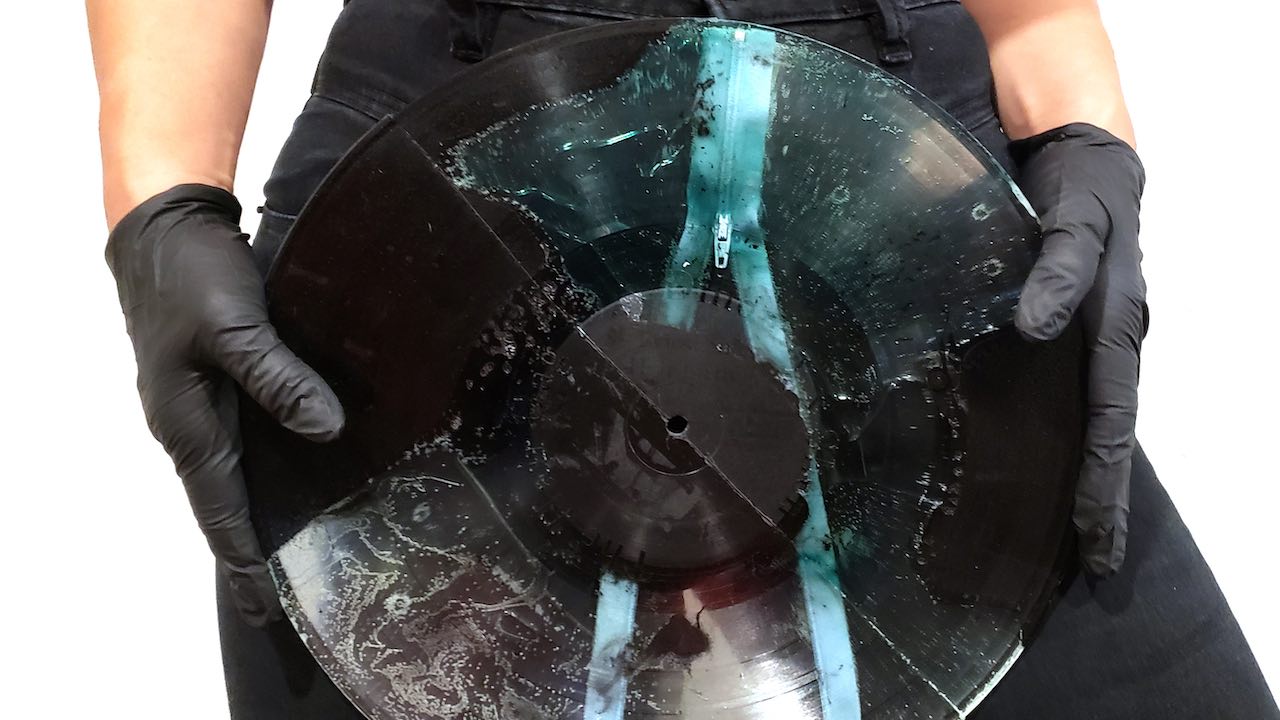 This workflow of casting these sound collage records allows for the embedding of various found objects including fabrics, pigments, paper, x rays, electronics, etc. I was also able to release an "Artists' Split", a literal split record wherein musician Aaron Dilloway and I each spliced together half of our solo records as a master and cast an edition of 33 records in resin, each with a zipper embedded in the middle. I also produced a "Three Speed Record", combining 33RPM 12", 78RPM 10", and a 45RPM 7" records to make a single record that plays at three speeds simultaneously.


Side story Poured resin casts of cut-up and recombined vinyl. Here's some of the clones of my first cut-up record, Sade x Morris Day. I've been experimenting with different dyes, fluorescent thread/pigment, zippers, and "wireless" LED's. 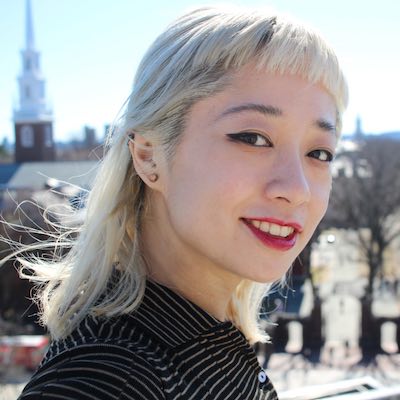