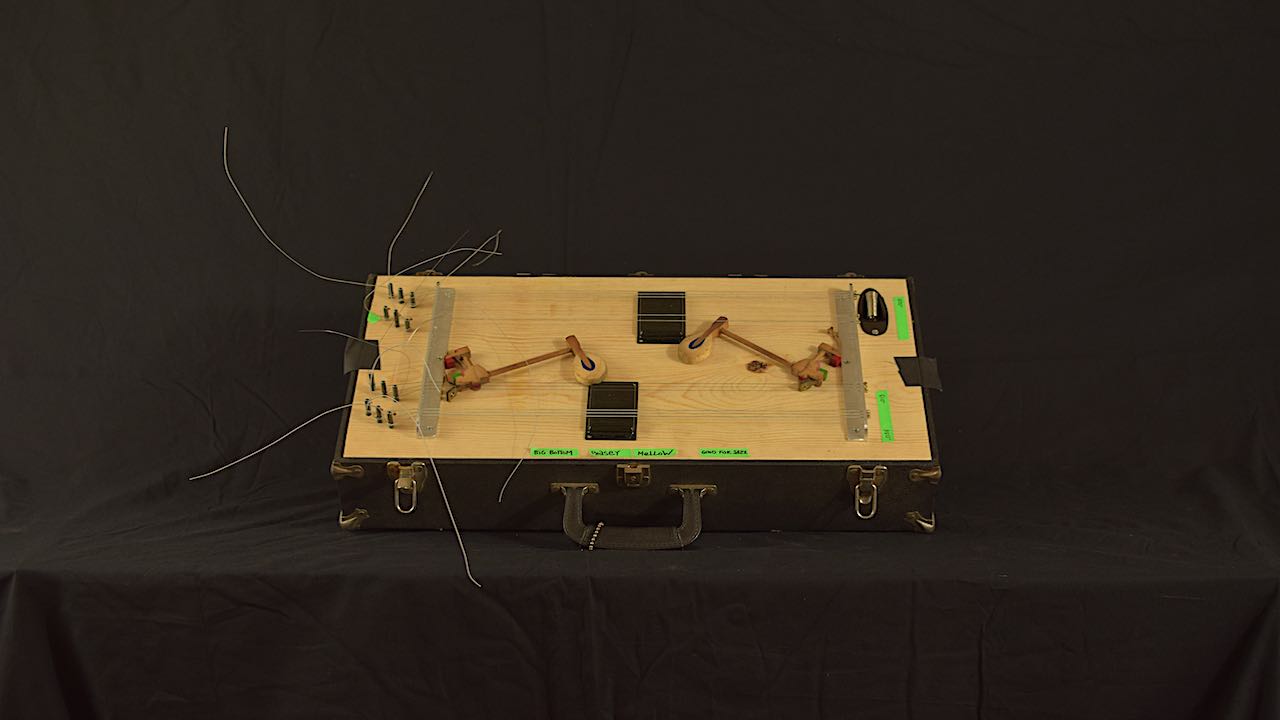 Fred liked the idea of a portable miniature prepared piano so we built one. The PSP features short lengths of 3-string courses amplified with flat-pack humbuckers, built into a trumpet case for portability. Magnets and other implements are used to prepare the piano.