The Electric Glass Harp and the Tacho Guitar come together with a set of acoustic and electronic drums. 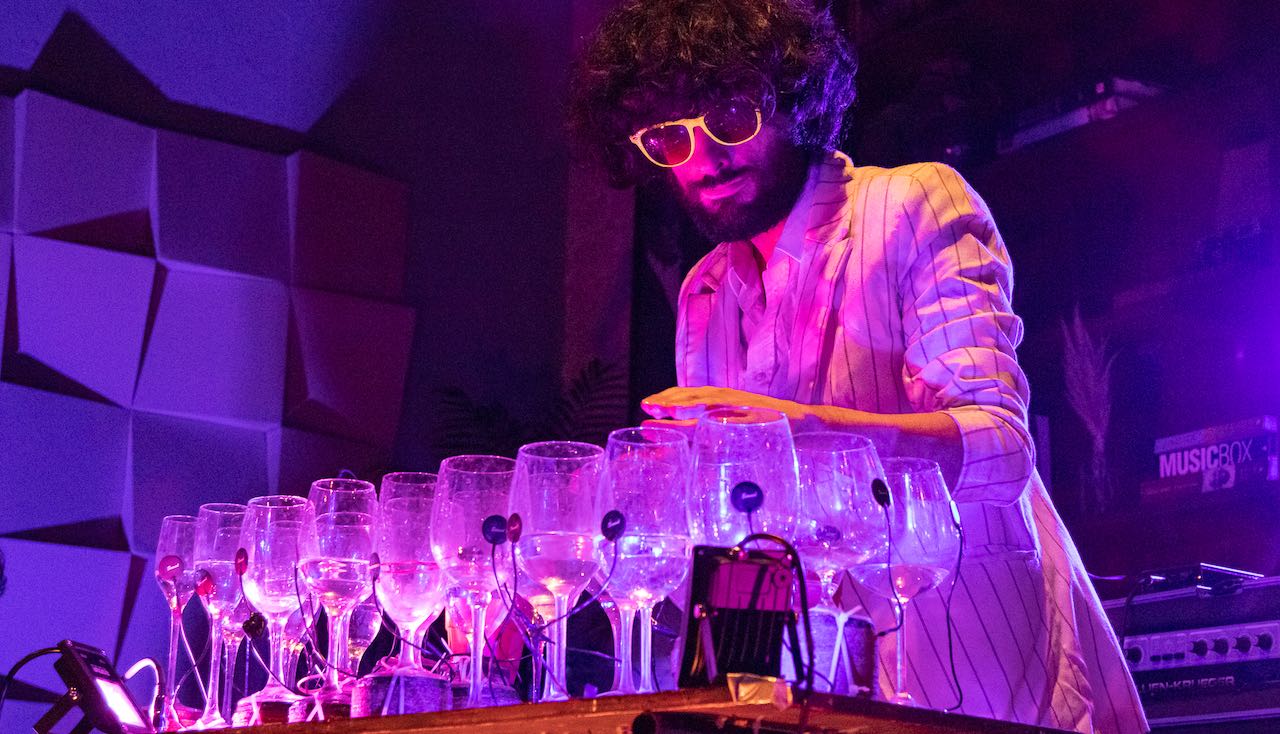 The Electric Glass Harp is the classic glass harp with piezo electric mics, one in every glass. They all them come together in a pre-amp, with volume and EQ controls. Finally the sound is processed by many effect pedals.

The first version of the glass harp was a one octave diatonic, just acoustic, it took 3 months to be built. Since than 3 years passed to get to this (not final) version. 2 octaves and a half in chromatic scale with all the electric parts. The electric parts itself had already 2 versions built. The glass part is in constant modifications and I have lost count of how many times I have changed something in it.

The first time I played the glasses I just put 4 of them together, the ones i had in my house. In a lazy day with nothing to do. I was so amazed with the sound that i rushed to the store to by more glasses, and just like that I never stopped doing it.

The Tacho Guitar uses an old copper pan as a resonant body. There are 3 strings to be played as a slide guitar and 10 resonant strings, that can be played also as a harp. It was inspired in the Rebab from north Africa and in the sarangi from India. I spent months drawing sketches of many instruments and models, until this came. Found the copper pan in a antique street market and put it together with some old tuning parts that i recived from a friend. The arm of the instrument is from a scythe, it's reforested wood, bought in a common shop and was very cheap. My father in law , who is an architect, helped me build the instrument from the sketch. In the process of making it I discovered that he had worked in a guitar factory in Brazil! 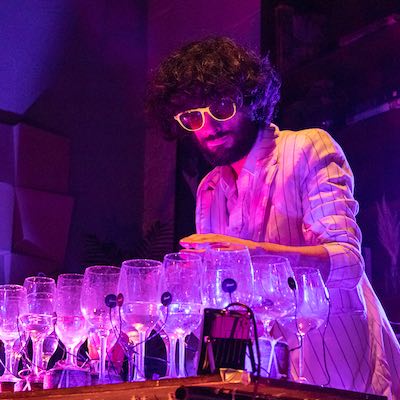 We are a band. Two of us build and play our own instruments. One is the electric Glass Harp, the other is a mix between slide guitar and sympathetic strings built in a pan, the Tacho Guitar. We are about to release our first album recorded with these instruments and others.
You can check it here: https://funinthechurch.bandcamp.com/album/doowoodoowoo


Connect with Os Barbapapas
How you can help me:
Follow us on our social media and come to talk with us!