For a while, my film and animation projects went hand-in-hand with musical ones. Particularly dark and weird music, for some reason. Inevitably, in 2009 things got to the point where the music needed its own special place. And in 2012 it stopped being a project and became an actual band. 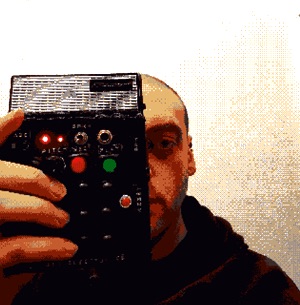 I started making music in 2009 and rapidly became interested in circuit bent sound because it is a fun and spontaneous way to create sound and because it fits with my philosophy of rejecting social norms.

I would say my music broadly falls within the umbrella of 'industrial music' and I am especially influenced by early artists of the genre like Throbbing Gristle, SPK and Test Department.


Connect with Howard Gardner (Non-Bio)
How I can help you:
Aside from the provision of music, I can sometimes assist with video production.