A playful machine that uses the random nature of physics to trigger musical events. 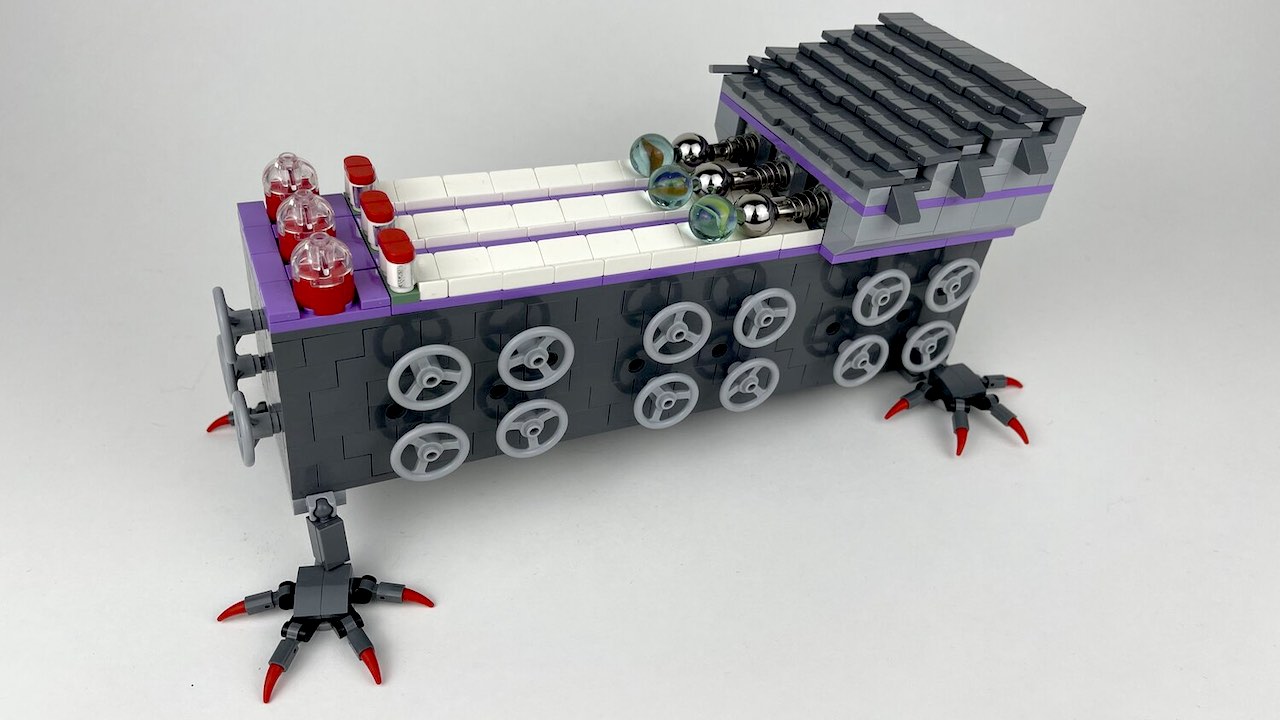 This machine uses chaotic motion to trigger and sequence musical events. It is constructed from Lego and various electronic components and hardware.

There are 3 separate tracks, each with an independently clocked solenoid at the bottom, which strikes the marbles and causes them to jump chaotically.

On the front panel are "knobs" for setting the step-values of each sequencer, as well as LED's to indicate the current step.

On the left side, are knobs for controlling the clock-speed triggering each solenoid.

On the back panel (out of site in this video) are trigger and CV output jacks for each track/ sequencer, as well as external clock inputs for each track's solenoid. There is also an output jack for an internal contact mic.


Moon Armada : Maker
I am a circuit-bender and DIY synthesist, focused on irreverent and experimental sound toys.