I designed a Makey Makey box + a bunch of triggers with lego bricks. 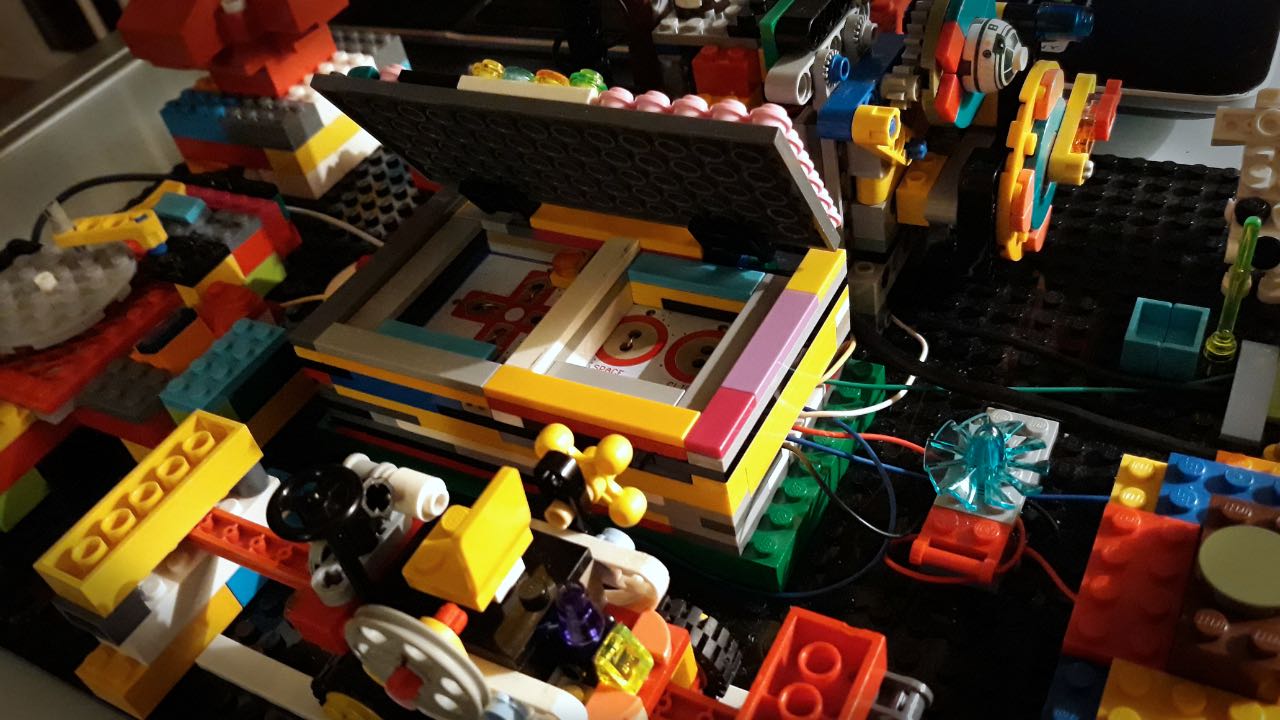 Did you ever want to add *sounds* to your Lego models? Imagine how cool it would be if your favorite train would actually make train sounds, or if you could ring the bell to announce departure in the station you built?
I can show you how to hide a Makey Makey board into your bricks and link it to some triggers - hidden too.
The only thing that would be visible so far is the device you connect your board to.

I use such a system when playing music live. I designed a custom controller for my board and use it to launch samples on my computer using Soundplant. This way, all my live sessions are unique!
It took me about a week to put all things up, but I was looking for solutions along the way. You won't, so it will be faster!


Side story I spend lots of time in public transports and like to catch sounds related to it, then use it to make music -may it be rhythm or melodies- in an unexpected way. I like to take out the dullness of transit to make it rise and shine.

As an 80s guy chiptune music, pixellated visuals and lego bricks are a part of the same universe. I'm not stuck into it but like to dive in it to build new stuff.

I wanted to be able to improvise onto live music. Using a Makey Makey sounded like a fairly good option and as I love to hack lego bricks it went all by itself.

The current controller version is 2.1
The first one took me about three days to build since I had more and more complex ideas for the switches, starting with a simple hinge and ending up with a speed lever.

I went out from Lego dark age about six years ago, when my son was three and old enough to play with my 90s bricks (usual story). I did my first lego hack (a smartphone case) almost immediately.

I don't really know as I had all the necessary stuff already.

Yes ! I did some cases for smartphones, a lamp, a mixer, USB sticks and even my head (a helmet). I use most of this on stage.

I wish I knew more illegal moves with lego bricks ^_^ I got stuck several times until I found out how to use bricks in a way I didn't expect.

I'm currently working on a website where I will host all my plans, for free. Right now there is a possibility to get my USB stick case plan : buy one on my bandcamp.
What’s next?

I'm working on a Gameboy Color case, and will very probably do one for the toy piano you can see on the right hand side in the video.
As my Makey-Makey board case is prewired I can move it anywhere; I will use it in a lego railway station in the close future so I could trigger train samples each time a train enters or leaves the station.
I want to have a try at a barrell organ, too!
Resoures?

I used Makey-Makey resources, i.e. Soundplant as trigger receiver on my computer. 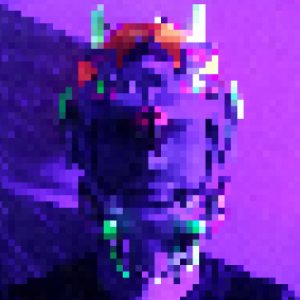 I'm a neurodivergent 80s guy making chiptune music using nanoloop, train samples, a Makey-Makey board and lego bricks. I've been gathering sounds in Paris for about 4 years now, and came out as a project 2 years ago. This kind of music was in me since childhood actually, it seems it was just waiting for me to find the formula to let it spread.
I'm juggling with several music projects at once, tons of ideas and not enough time to make it happen. Nevertheless I cannot stop doing things, tinkering with sounds and using stuff not the way it was designed for. I hack usual objects like smartphones and other hardware I use on a daily basis with lego bricks.
You can find what I do on my bandcamp:
https://8rix.bandcamp.com


Connect with 8rix
How I can help you:
I can help with hacking lego parts. So far I created cases for
- my smartphone (no glue on an existing case - it's 100% lego parts and functional)
- a small DJ mixer
- my head! (yes, we're talking about a helmet)
- Makey Makey boards
- USB sticks
How you can help me:
Share my work, connect, support, hire me for shows or commissions!
If you like this project, please make a small donation to the artist.