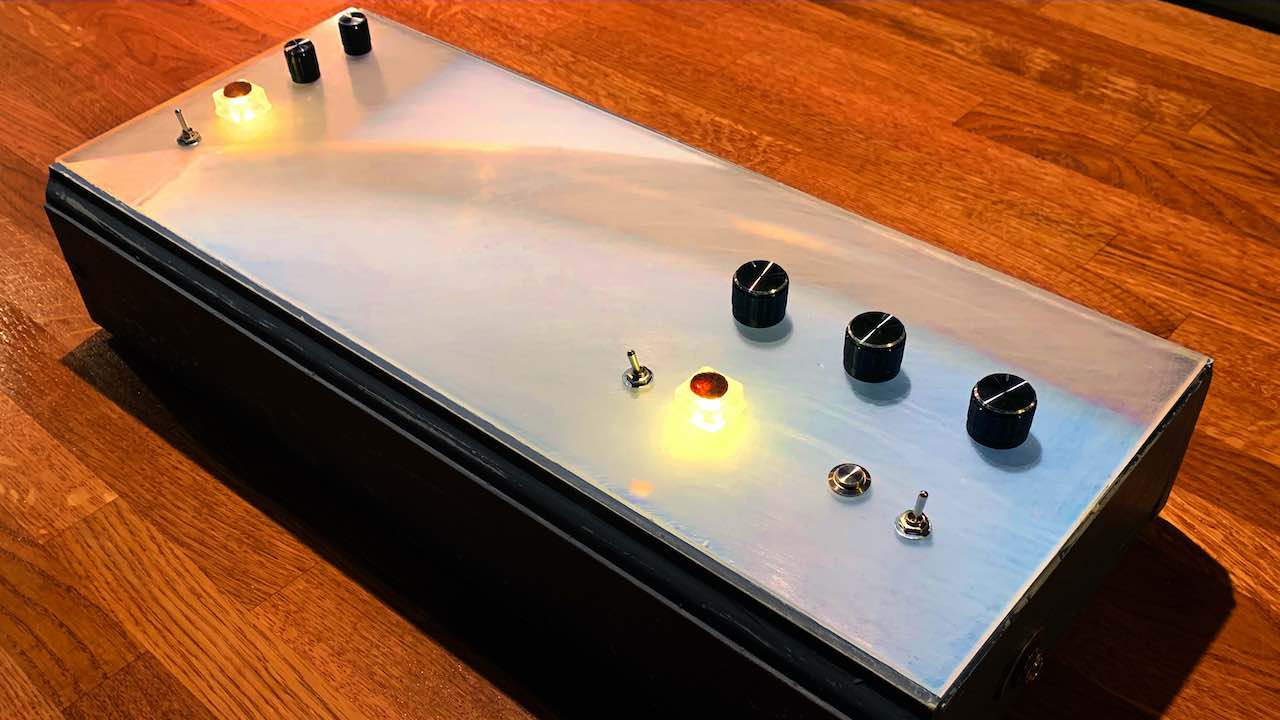 Side story Tape Hacking And Vactrol VCO. Video demonstration of homemade tape warbler and voltage- controlled oscillator (VCO) with built-in knobs for pitch, modulation and density. In one device, pitch is controlled by the rate at which the LED blinks, adjustable by two knobs with a single TRS output. The other VCO can play continuously or be controlled via pushbutton. Tape manipulation occurs via white LEDs directly facing photocell resistors and encased in black rubber tubes. One vactrol controls a cassette tape looper built from a hacked Walkman. Another vactrol is connected to the amplifier nodes of the Walkman, giving it a distorted variable-phasing effect. This was run through two Moog pedals that control filtration. Prerecorded synth loops were controlled via touchscreen.


Kel Smith
Kel Smith is a composer, designer, author, and technologist based in the United States. Mr. Smith composes and records as Suss Müsik, creating electroacoustic music from homemade and customized devices. The project is headquartered in North America, with various collaborators located throughout the world, and began releasing material in the summer of 2015. Mr. Smith is also the author of Digital Outcasts: Moving Technology Forward Without Leaving People Behind, a book that explores the historical and cultural influence people with disabilities have on design innovation. Mr. Smith’s public appearances include SXSW, The Royal National Institute of the Blind, CBC Radio's "The Current," The Globe & Mail Canada, The Austin Chronicle, National Public Radio and BBC Network.