The KeyWI is an expressive and accessible electronic wind instrument based on the design of the melodica created by Matthew Caren, Romain Michon, and Matt Wright. 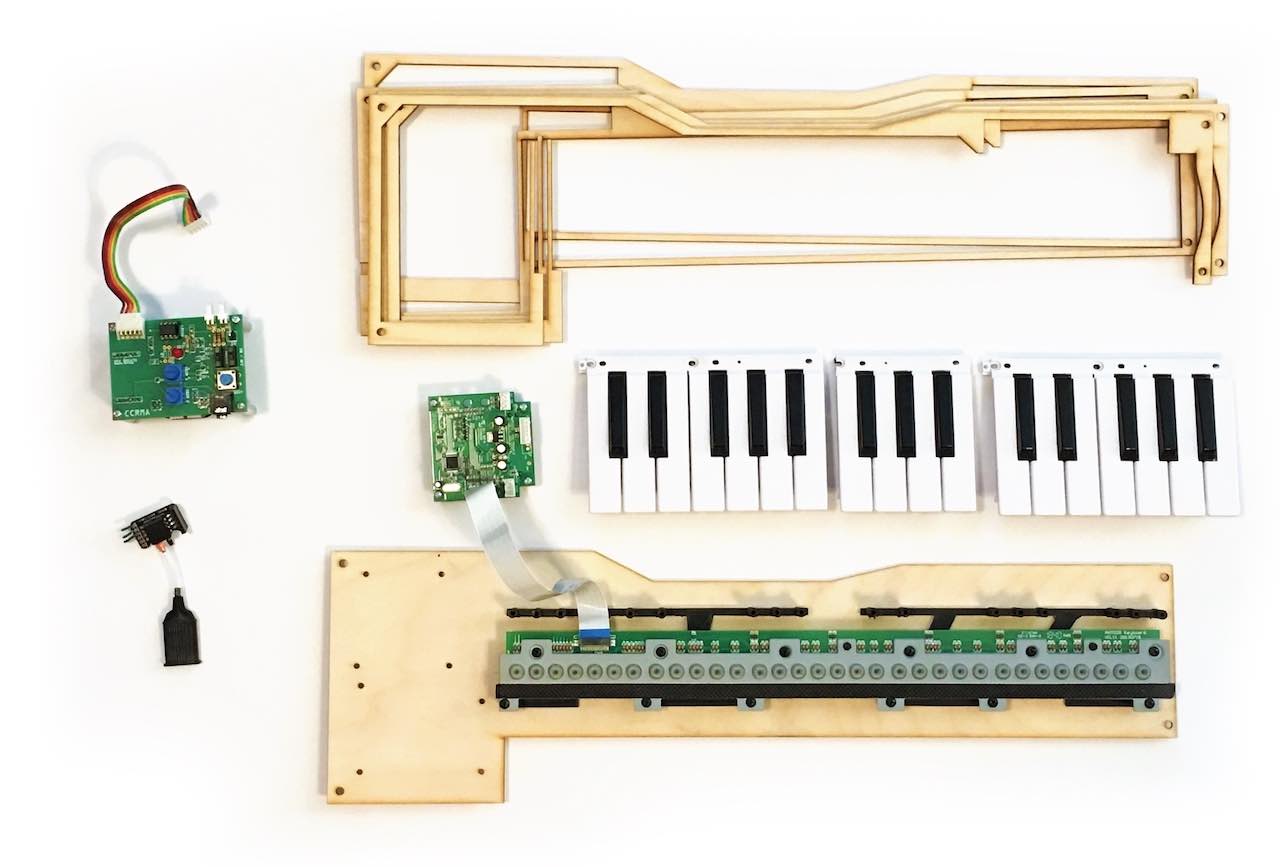 The melodica is an instrument that combines the expressiveness of a wind instrument with the ease of use of a keyboard. An added benefit is that (unlike pianos), the melodica’s compact size makes it extremely portable, giving keyboard players an instrument they can take anywhere.

The goal of the KeyWI was to create an electronic melodica-like wind instrument that offered the expressiveness and portability of its acoustic melodica, with the vastly increased flexibility and versatility of an electronic system. Like the traditional melodica, the KeyWI uses a piano keyboard as the basis of the control system, making it accessible to the wide community of keyboard players as well as allowing for intuitive polyphony. The KeyWI also aims to improve upon some limitations in electronic wind instruments compared to their acoustic counterparts — such as attack/transient response, breath sensor dynamic range, and nuances in breath pressure — while remaining as open-source as possible.

A custom-printed circuit board serves as the central hub for all connections going in and out of the Bela Mini. It mounts to the top of the Bela cape through headers soldered to the board, some of which function as electrical connections to the Bela as well as structural support. The pressure sensor, output jack, and other components all mount on to the PCB. The entire setup is powered by batteries located in the right side of the KeyWI.

Romain Michon is a researcher at GRAME (Lyon, France) and a researcher and lecturer at CCRMA (Stanford University). He is part of the core Faust development team at GRAME.