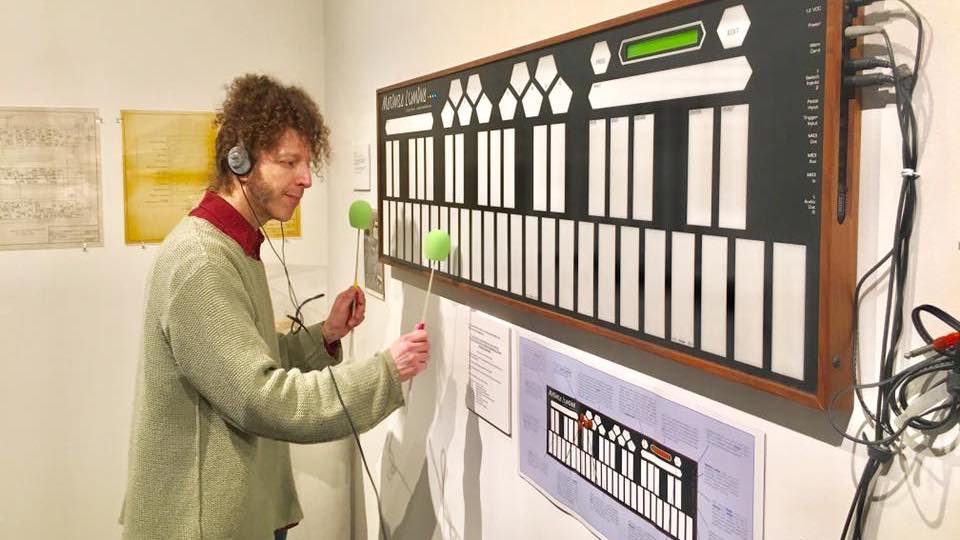 “In my many years working for Don Buchla, I had the pleasure of witnessing his drive to create innovative musical controllers. While many Buchla fanatics hail his modular synthesis designs, Don interest in them was often more about how a creative interface might inspire new composition. I first met Don when he introduced Thunder at Mills College in 1990. I had already experienced composing on his modular system and in particular his set up for computer control of it — a system that he installed at Northing Illinois University. But now Don was moving towards making live (portable) controllers that were in sync with my own needs as a performer/composer. By 1995 I was able to get deep enough into helping those innovations along to become the circuit board designer and the alpha tester for all the new ideas. I hope that by presenting works of Don’s that focus on those years from 1989 to the end of this life, and being allowed to interact with them, gallery visitors might get a glimpse of the Don I knew much more than any recording or talk could. “ -Joel Davel 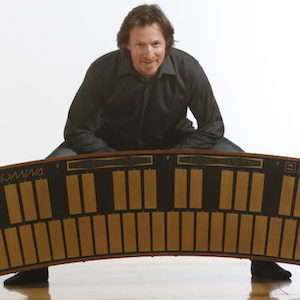 Joel Davel worked with Don Buchla for over 20 years in many roles–his primary task being the PCB designer for all of Buchla’s post-1995 designs including the Marimba Lumina, Lightning III, Moog Piano Bar, and all of the 200e series. Davel also performed alongside Don Buchla. Reviewing an event featuring Bob Moog and Don Buchla the Wall Street Journal wrote: “percussionist Joel Davel blew everyone away with his virtuosic improvisation on the Marimba Lumina, an electronic invention that emulates and extends the vocabulary of conventional mallet instruments, and the [Buchla] Lightning, played by waving wireless wands in space.”
Davel’s closest musical partnership is with Paul Dresher as part of the Dresher/Davel Invented Instrument Duo, Electro-Acoustic Band, and Double Duo quartet—an international touring group.

Davel has recording credits on marimba and electronics with groups led by electronic-diva Amy X Neuburg, violinist Kaila Flexer, and guitarist Jack West among others. He is Inspired by movement and storytelling and has enjoyed work with The California Shakespeare Theater, West Edge Opera, South Coast Repertory and composing and performing live for over six dNaga dance productions.
Now with Buchla USA, Joel works in his role as lead engineer to keep Don’s creative vision and designs alive.
Davel holds Bachelor of Music from Northern Illinois University and MFA from Mills College.