This project is my attempt at building a celesta using machines available in a fablab and documenting the build.
Documentation and design files are shared under a CC-BY-SA license. 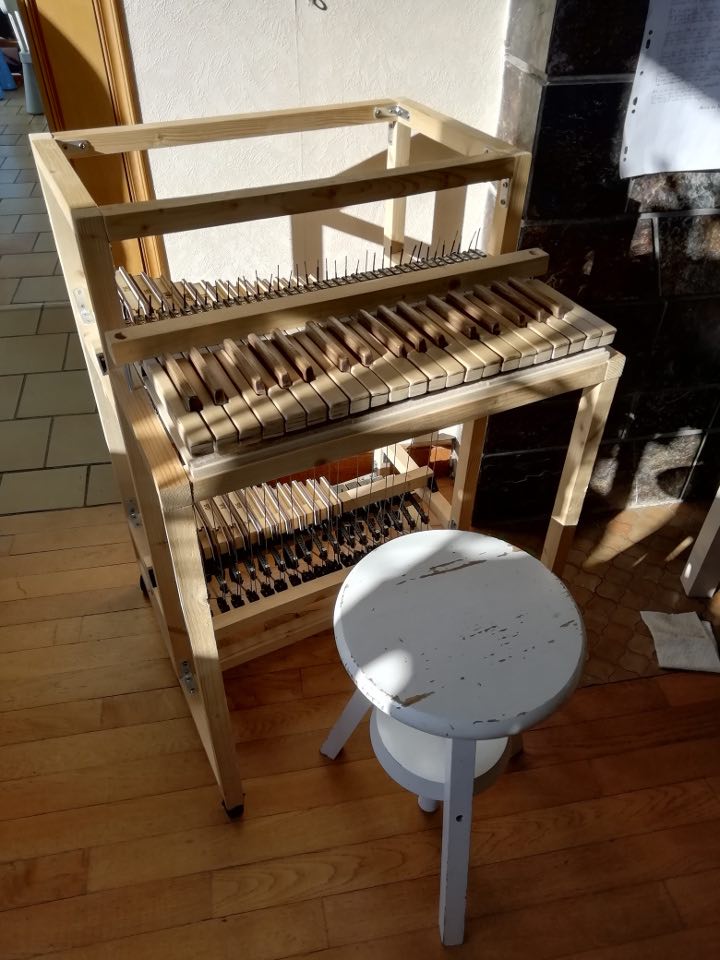 About five years ago, those things happened to me around the same time (order not significant):
- started learning piano,
- discovered Martin Molin's project of building a tour-ready MMX (only knew the original Marble Machine video before),
- discovered the Celesta instrument in a video (I had heard the beautiful sound of this instrument many times but did not know of the instrument itself),
- met someone at the fablab where I'm a regular, who came to print plastic parts to fix a church organ that his association had bought and was restoring.
I came to the realization that the tools available in a FabLab could be used for making musical instruments.

After timidly trying to make metal sound plates from steel stock, then building a mock-up of the simple mechanism I had in mind, I became confident the instrument could be built so I did it.

The action mechanism uses lots of 3D-printed parts, while the keyboard and resonator boxes are made of laser-cut plywood. A plasma cutter could be used to cut the sound plates, but my local FabLab didn't have one at the time.

It took somewhere between 4 and 6 months to build the instrument demonstrated in the video, but then I was not satisfied with some aspects of it and started to tear down some parts, rebuild them and so on. It's pretty much been a never-ending on-and-off project since then.

The rather naïve mechanism (which, I later realized, is not so far from Bartolomeo Cristofori's original pianoforte mechanism) was designed to only use gravity rather than springs (because you never run out of gravity) and simple enough that it would work even with the rough tolerances of the 3D printer I had at home. Still, it allows some - admittedly small - level of expressiveness.

I tried to compensate the limited pitch range of the instrument by shaping its timber differently for lower and higher tones using mallet hardness: softer mallets for the lower tones, providing a "round" timber, and hard mallets in the treble, making a very aggressive attack and clear timber. 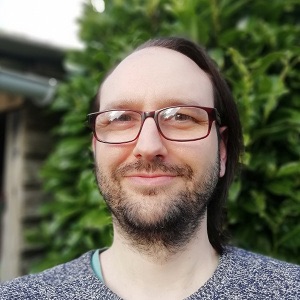 Long-time software tinkerer (which is my day job), I started to frequent my local fablab/hackerspace in my free time around 10 years ago, looking to dabble with more tangible projects, involving electronics and 3D printing. Then I started to learn piano (never had seriously played any music instruments before, but it's never too late!) and realized many music-related projects were possible in a fablab.
I also love building LEGO, watching woodworking videos on YT (but am a really lousy woodworker) and playing with my kids.


Connect with Emmanuel RK
How you can help me:
In the spirit of free/libre software, people can build their own, improve upon it and share!
Also, I have not yet taken the time to translate the documentation to English, it's only French for now, so people can help with the translation.