Crespell is a light controlled synth with an ibizan farmers style enclosure. 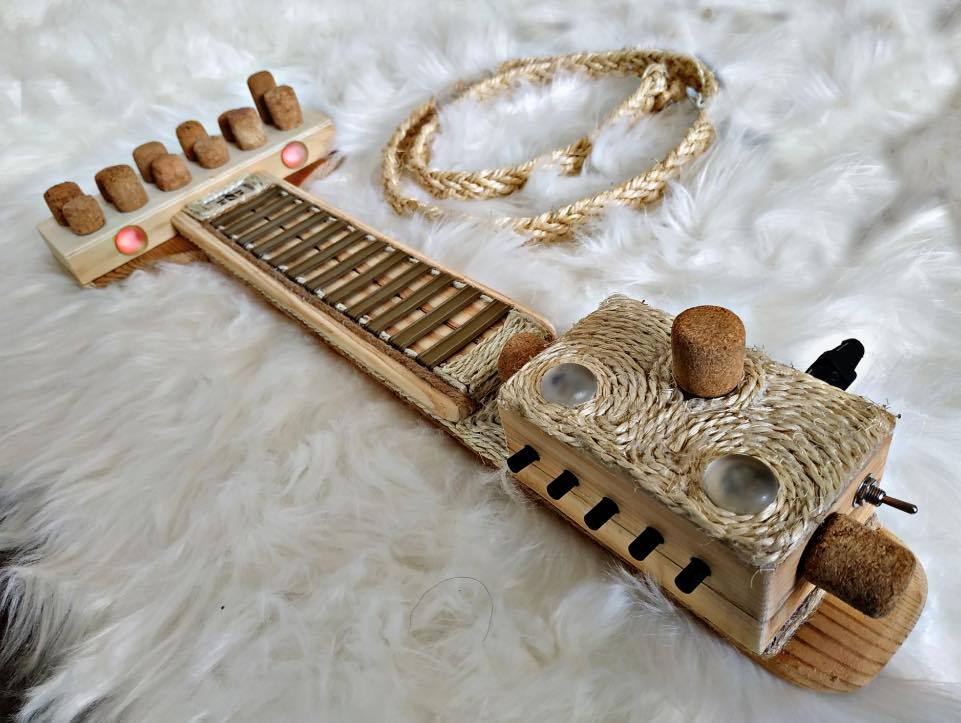 I compose and perform electronic music and sometimes I get tire of clean,cold and docile sounds so I had to create something dirty,noisy and almost untamed,Thats how Crespell came to live.
Crespell is a primitive synthesizer built from good old logic microchips (CMOS). Inside this little monster there is a square wave oscillator with 4 sub-oscillators, each one a octave away from the previous one and with independent level potentiometers, you can think of each sub-oscillator like harmonics on a Hammond style organ.
To control the dynamics I built a low pass filter with resonance and overdrive to give extra character to the sound. pitch and dynamic can be controlled with light (the light sensor are under the gems). As a way to control the untamed beast I added a primitive keyboard for pitch control and the filter can act like a low pass gate if its controlled with a voltage sequencer. Pitch can also be sequenced with an external multiplexer-based "resistor sequencer". All presented on a organic/rustic enclosure.


Side story I just like to share a little story with you...its about why I called this instrument "Crespell". While I was listening to all the evil sounds coming from this little fella, ¨Crespell" came to mind.

Crespell is part of the ibizan mythology.

The horror stories that the ibizan grandparents used to terrorize the more adventurous kids, did not speak of the Boogeyman but of the CRESPELLS. This beings with wrinkled skin and warts lived in a cave in the deep heart of the island of Ibiza, there were seven small Crespells and one large one. These monsters constantly growled and would throw fire from their eyes.

i think the descriptions of the constantly growling monsters fits in a funny way with this noisy little synthesiser.

I was looking for new sounds to use on my compositions.

It took me about a month to do the light synth part of the project and then, like a year an a half later I decided to add the primitive ¨keyboard"

It,s hard to calculate, because nearly all materials were lets overs from other projects,BUT i guess less than 100$.

Yes, I made other drone-boxes and noisy devices based on CMOS microchips but this is the more "playable" one till now.

Not really. I made Crespell for me needs and it still have some imperfections I can handle. I wouldn´t feel comfortable sell this way.

I was planning to do circuit-bending workshops but it was postponed because of COVID. Next move will be to get it started again. 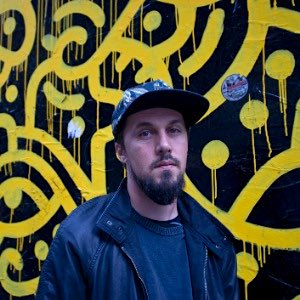 I’ve been making music since 1994, playing and working in studio on multiple projects like "Sal y Sol" by Paco Fernández , "Navigator" by Jose Padilla or the soundtrack of "Sueño de Ibiza"(the Ibizan Dream) just to mention a few… I also release music on different lounge music compilations and create Hip-Hop albums… and bla bla bla and so on....

But the real biz is what’s up and coming!

After more than 20 years of intense sound exploration, I find my main musical inspiration in Circuit-Bending sound toys and the construction of Noise Machines with which to complete my sound palette, creating a hybrid that blends Hip-Hop, Ambient and Experimental Electronic Music.

My inspiration to start Circuit-Bending and building noisy instruments appeared 3 or 4 years ago upon my “analogue synthesizer awakening”.... when it dawned upon me that I simply couldn’t afford them (ridiculously pricey!). It got my juices flowing enough to start experimenting with Circuit-Bending, in an attempt to locate those sounds…and as one thing leads to another, I ended up designing my own noisy circuits under the “nom de plume” "Evil Noisy Electronics".

Presently, on my YouTube channel, in an attempt to “pay forward” to the community, I have been releasing short tutorials on Circuit-Bending in Spanish, as most all publications on the subject are in English…I also periodically release music made with my inventions on Spotify, iTunes and all the “mainstream” platforms like Bandcamp…


Connect with Dr Gwon (Evil Noisy Electronics)
How I can help you:
I perform and release music, I also make video tutorial about how to build and play with noisy electronic machines and circuit-bended toys.
How you can help me:
just follow my on Instagram/Youtube or purchase some of my music on Bandcamp.
If you like this project, please make a small donation to the artist.