The Chowndolo is an Interactive Sonic Sculpture based on a magnetic pendulum whose trajectories are altered by magnets placed underneath the device. This creates unstable patterns of oscillation which are translated into synthesis parameters and sound. 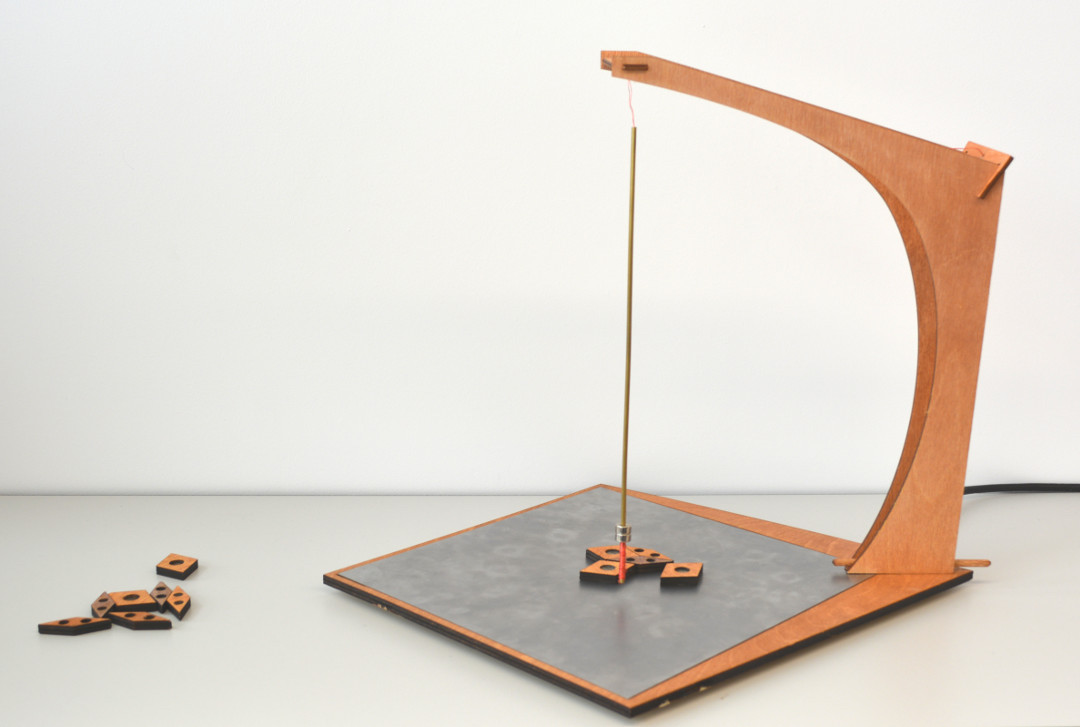 The magnetic fields and their interactions are revealed through nuanced tones, acting as counterpoint to the pendulum’s dance. The installation aims to make visible the invisible, letting us feel forces that we are not able to perceive. The sounds generated are entirely based on FM synthesis whose sound parameters are controlled by sensing the variations in the magnetic field. According to Faraday’s law of induction, a variation in the magnetic field generates an induced electromagnetic force. This force is then amplified by a custom-designed preamp and the resulting signal is sent to a Bela board where it is processed before the audio being sent to the output.

The Chowndolo is a tribute to John Chowning, a pioneer in the field of Computer Music mostly known for his electroacoustic compositions, the discovery of FM synthesis and research on voice and instrument synthesis. During the development of the Chowndolo, we were lucky enough to welcome John Chowning to our lab and show him the project. He provided precious comments for the improvement of both the sensing technique and the FM synthesis implementation.

Alessia Milo is an architect researching the acoustics of spaces and the sonic interactions they promote using graphic notation, e-textile maps, and soundwalks. Her underlying interest in crafting performative experiences has often brought her to question the intrinsic mediality of technology. This friction has driven the generation a number of uncanny creatures such as augmented brooms, winged mirroring entities, chaotic AV interfaces, and FFT-based spectral shapes on walls and musicians.