We controlled the world's largest analog synthesizer with our brainwaves, and put the resulting "thought-provoked" sounds into the songs on my upcoming EP Album called 'Star Seeds'. 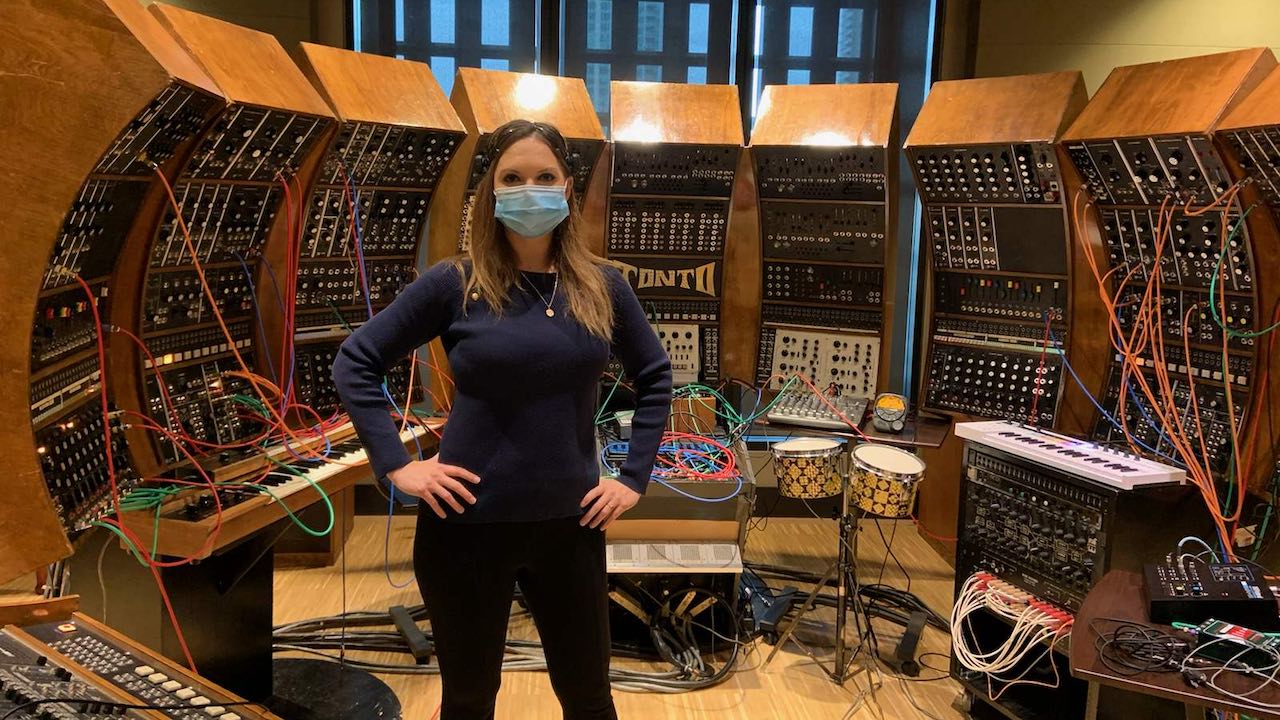 TONTO is the world's largest analog synthesizer invented in the late 1960's, and is currently housed at Studio Bell in Calgary, Alberta Canada. I wanted to do something really unique as a recording artist with my first album, so I decided to take my love of neuroscience & brainwave frequencies, and apply it to TONTO.

We used the Emotiv EPOC+ brainwave sensing headset to gather brainwave data, and our engineer, Mitchell Claxton, created a special box that converted the brainwave data into control voltage, which was sent to the filters on TONTO. The rest was up to the power of the mind to manipulate the sound coming from TONTO. Each person who wore the headset was able to figure out which mental cues or thoughts would create a change in the sound. These mental cues were interestingly unique to each person, and it ended up being a very experiential exploration of the mind.

Here is a link to a short documentary: https://youtu.be/fY7K3QMQeS4

We began working on the project in August 2020, and had our official recording days with TONTO in October 2020. We have since incorporated the brainwave-controlled TONTO sounds into the songs on my EP Album, which will be released in September 2021. 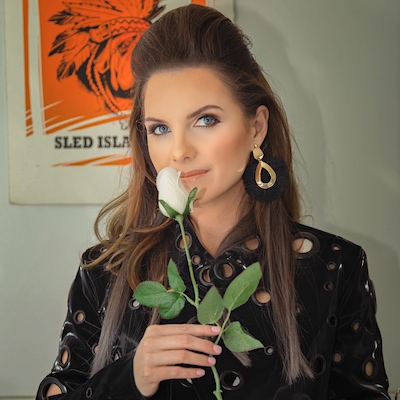 Angie’s love for music began very early in life when she was introduced to the piano. By the age of 10, she had written and recorded 17 piano pieces on her mom’s 8mm Sony camcorder. Through her teen years, Angie found herself drawn to eclectic instruments, learning to play bagpipes, oboe, fiddle and guitar. She found solace in music and it became her deepest form of self-expression.

Shortly after university, Angie became fascinated with brainwave frequencies and how they can be observed and manipulated. One of her creations was an LED dress that visually showed the inner workings of her brain, in real time, while singing and playing piano. This brainwave controlled LED dress was showcased on the runway at the 2016 MakeFashion Wearable Technology Gala in Calgary, Canada.

More recently, Angie took her love of neuroscience and applied it to the world's largest analog synthesizer called TONTO. She successfully controlled the sound coming from TONTO using only her mind. These "thought-provoked" sounds have been incorporated into the songs on her EP Album 'Star Seeds' which will be released in September 2021.

Angie’s goal is to continue to meld science, music and fashion to create lasting memorable experiences for her audiences. “At the end of the day, I still feel like the little girl that fell in love with music. It is what makes my heart beat with excitement, and I hope you will follow along with me on this journey.”
-Angie C


Connect with Angie C
How I can help you:
I coach other artists to find their "unique factor"
I advocate for, and bring awareness to the field of Brainwave-Controlled Music. It would be great to meet other like-minded individuals.
How you can help me:
Follow me on Spotify, YouTube & Instagram
If you like this project, please make a small donation to the artist.