Tetsuji Katsuda : Music Derby
Music Derby [ ★ ★ ★ ]
Music Derby is a game in which sound of music runs seven robots.
The player predicts which robot will go the farthest when a tune is over. 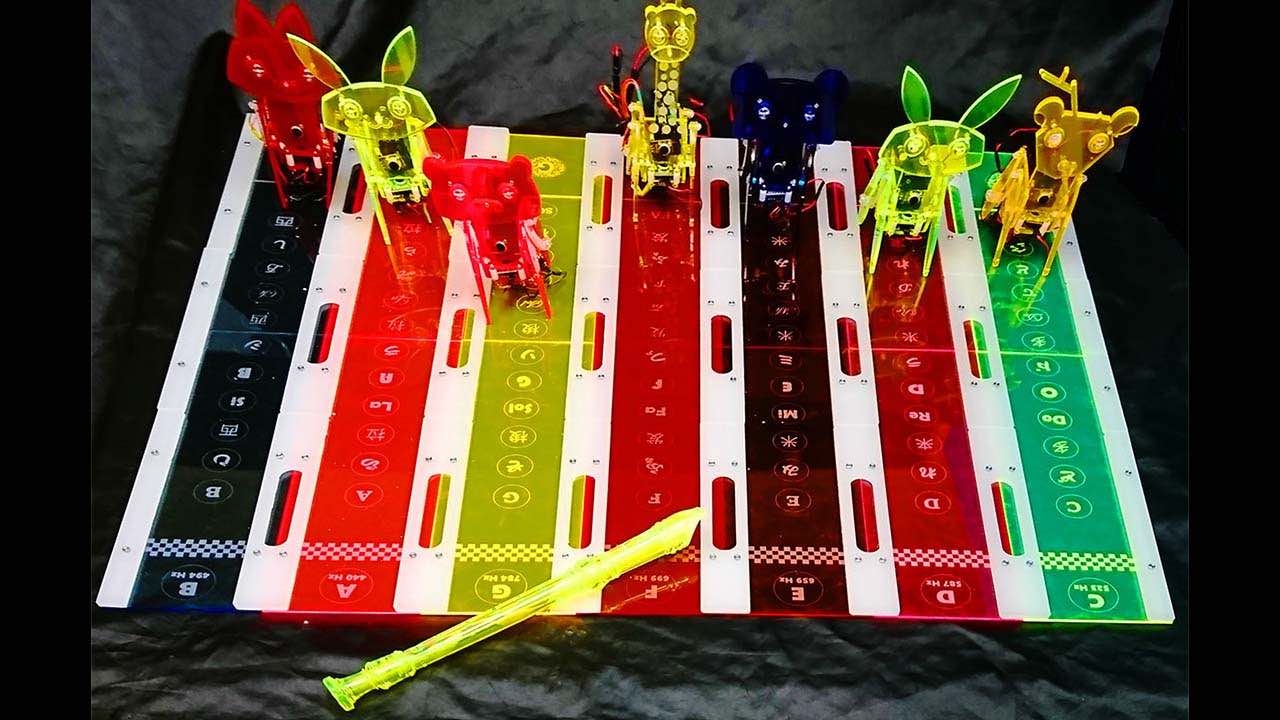 The microphone picks up the sound played by the instrument.
Analyze the pitch with Arduino.
Rotate the motor to move the animal forward.
I tested pitch detection system with various musical instruments.
Keyboard type harmonica is not bad but missed some notes such as F.
Metallophone and toy piano have good reaction.
12 string guitar is not good, contrary to expectations.
Voice is not good, but it might be used with some tuning, I guess.
Maybe I need voice training also.
Recorder is the best instrument for pitch detection.
I think it's because it doesn't contain much harmonics.
★ Allie Weber
★ AnnMarie Thomas : This made me smile.
★ Maywa Denki

Frequently Asked Questions
How long did it take to make it?

Not for sale. If anyone want to know how to make it, I can share my knowledge. 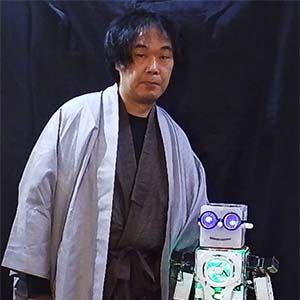 I play musical instruments that I made.
Connect with Tetsuji Katsuda
How I can help you:
Show how pitch detection system works.
How you can help me:
Provide ideas of using pitch detection.
Become a member to post comments or questions to this maker.
The information and media presented for this project was provided by its creator. The maker owns and has copyright on all materials submitted. The maker retains all intellectual property rights, including copyright, patents, and registered designs.
The Maker Music Festival © 2018 -2022 • All Rights Reserved