The Glockenwheel
The concept was to take Glockenspiel bars, and instead of striking them, motorize them so that they strike something. 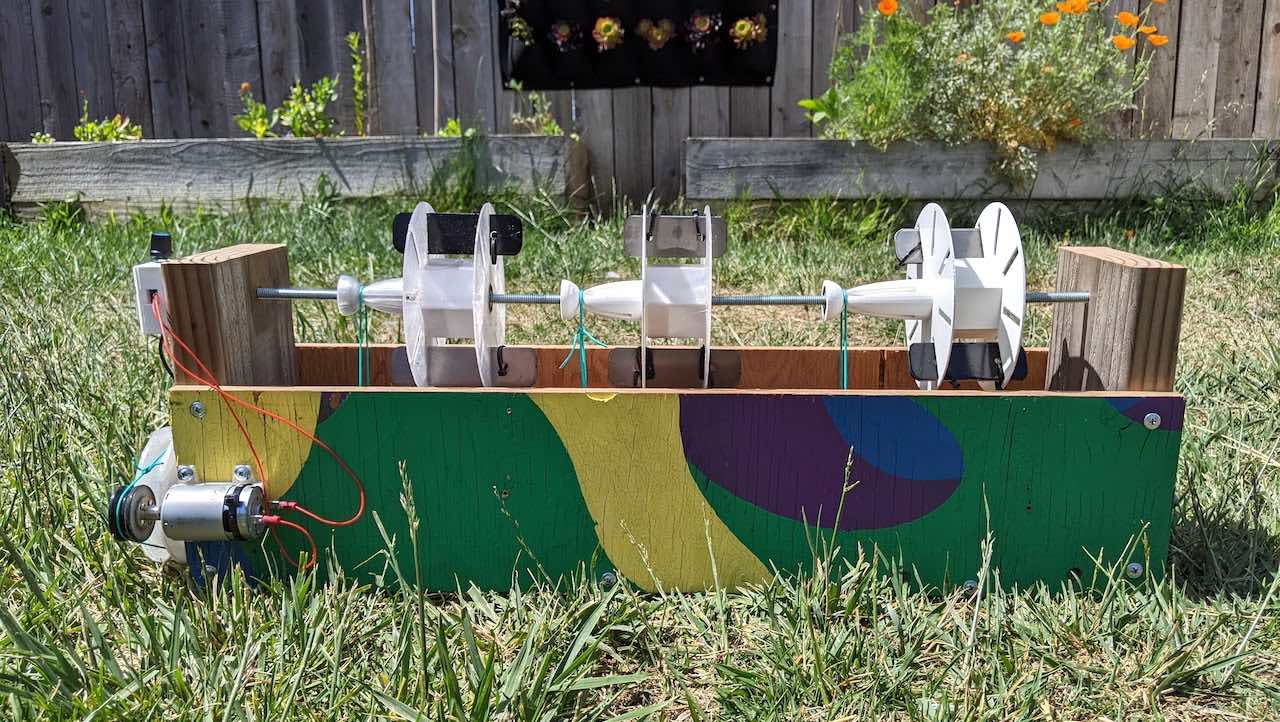 I designed and 3D printed wheels to fit the keys, so that they would spin from an arrangement of belts driven by a common shaft, powered by a 12v DC motor. Originally I played around with striking them while they spun, but I grew to prefer the sound they would make simply rattling around from momentum.

A PWM motor controller is mounted on the side and the speed can be finely controlled using a dial. With this control, I can ramp the speed up to a point where the centrifugal force silences the rattling of the keys. Bringing the speed back down gently reintroduces the clinking sounds of the keys in a cascade of sound. It reminds me of the mix of percussion and chimes you hear from old Pachinko machines, or the flurry of clacking made of train station split-flap displays.

This uncut performance was recorded on three cameras, using two microphones (one stereo, one mono). When I discovered that the stereo recording picked up a lot of low-end rumble that resonated into the floor it shared with the instrument, I further split that recording into low frequency and high-frequency recording, which were treated separately and recombined. The mono recording was treated with a delay and oscillating low pass filter and layered back into the recording. With the benefit of two standard microphones and a contact mic, I'm confident that this same performance and sonic characteristics could be achieved live, without the use of post-processing.
One of my go-to tricks for playing piano or instruments that use a piano-style organization of notes (like glockenspiel) is to just play the black keys. These notes make a major pentatonic scale, that always sounds nice.

So for this project, I figured, "why not just use the black keys?" This way, no matter what keys are clinking or whirring around at any given moment, they'll sound good together.
Frequently Asked Questions
What inspired you to do this?

Years ago, I bought an old glockenspiel at a garage sale. I like the way it sounds, but mostly it was gathering dust. I figured that transforming it into something new might provide result in an instrument I'd use more often.

Around two months of prototyping.

Yes, check out my other MMF project, the drum bot.

Glockenspiel keys ring best when they're not moving and require a delicate balance for the sound not to choke. I had a whole different idea for how this would sound and how it would be played. Finally, I just had to make peace with what it was instead of driving myself crazy with what I wanted it to be. In the end, though, it's a unique, clamorous, wild thing and I'm glad it exists.

You can find all the 3D printed parts for this design in this free Tinkercad file, which you can copy and modify. https://www.tinkercad.com/things/4i1D3xooMg1
What’s next?

I'd like to do something that incorporates old TVs.
Resoures? 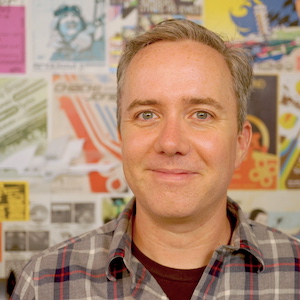 Donald Bell has been making experimental electronic music under the pseudonym Chachi Jones since 1996. His work incorporates hacked sound toys with software instruments. His latest creation is a custom-built, 6-foot tall mechanical drum machine.
Connect with
If you like this project, please make a small donation to the artist.
The Maker Music Festival © 2022 • All Rights Reserved